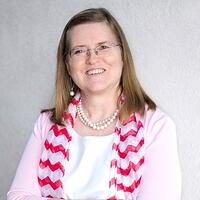 It’s doubtful anyone could have predicted what an impact the 2007 declaration of “International Ear Care Day” would eventually have on global hearing health care. This health awareness day was introduced at the First International Conference on Prevention and Rehabilitation of Hearing Impairment held in Beijing, China, which was well attended by audiologists, otolaryngologists, deaf educators, and social workers. It was proposed to be a day to raise awareness and promote hearing care, and was received as a “nice” resolution and demonstration of solidarity among hearing health care advocates from Southeast Asia. And with the intention of offering a memorable mnemonic device, the conference organizers cleverly chose March 3 (i.e., 3-3) as the annual date because of the resemblance of the numbers “3-3” to a pair of ears! Four years later, the newly appointed Technical Director of the Prevention of Deafness and Blindness Program of the World Health Organization (WHO), Shelly Chadha, PhD, saw an immense lack of hearing

Four years later, the newly appointed Technical Director of the Prevention of Deafness and Blindness Program of the World Health Organization (WHO), Shelly Chadha, PhD, saw an immense lack of hearing health care awareness among policymakers at a global level, and sought ways for WHO to gather data and promote a large-scale message. With the aim to provide a consistent international message about hearing health, WHO launched the International Ear Care Day in 2014. This eventually became World Hearing Day in 2016, which is still observed on March 3. Since 2014, the annual themes have included the following:

Admittedly, some countries may already have a designated time to promote and advocate for audiology and/or hearing care (e.g., October is National Audiology Awareness Month–American Academy of Audiology; National Speech and Hearing Month in May–American Speech-Language-Hearing Association, etc). But there is that extraordinary impact when a message resonates across geographic bounds, and when the entire world unifies for a day or an entire week to promote the importance of hearing.

WHO has prepared the media platform for World Hearing Day and published engaging materials that can be shared to promote hearing health. Some examples of how World Hearing Day has been recognized by our colleagues worldwide (to name a few) include:

How did you recognize World Hearing Day? I hope you joined colleagues worldwide to have your voice heard. Share your awareness activity with WHO’s Prevention of Deafness Program, and be a part of the worldwide choir singing one song!

Originally published as an editorial